Toxic Torts are some of the most complex and difficult to prove cases that any attorney may handle.  They cover a wide range of scientific, medical and technical areas.  Generally speaking toxic torts involve claims of injury due to exposure to poisonous or toxic substances.  These toxins may be present in the air we breathe, the water we drink, and the foods eat and drink.  They can be present on any thing that comes in contact with the human body which acts as a poison to the proper function of the body or organs.

"Poisons work by changing the speed of different body functions, increasing them (for example, increasing the heart rate or sweating), or decreasing them (sometimes to the point of stopping them entirely, like breathing)."[i]  Some symptoms from toxic exposure include: brain damage, headache, dizziness, behavior confusion, depression, coma, convulsions, irritation, coughing, choking, tight chest, nausea, vomiting, diarrhea, kidney problems resulting in back pain, urinating more or less than usual, infertility, and miscarriage.[ii]

Many people who work in or near industrial settings are familiar with the hazards associated with certain well-known hazardous chemicals.  One of the most common types of toxic torts involves the now well-known dangers associated with asbestos resulting in asbestosis or mesothelioma.

A very common cause of toxic exposure to children comes from lead.  Lead is a poisonous metal that is toxic to people when it is ingested.  Children are more susceptible to lead poisoning than adults. Lead is no longer used as an automobile gasoline additive or in lead paint, but it does continue to be used in many products including fuel used in piston-powered aircraft.[iii]  Lead that has contaminated soil from the past use of lead paint and gasoline does not degrade or break down with time,[iv] children continue to be at risk.  Lead interferes with the development of the nervous system and is therefore particularly toxic to children, causing potentially permanent learning and behavior disorders.[v]  There is evidence which suggests that most of lead's effects on a child's central nervous system are irreversible,[vi] and the National Institutes of Health state that “even mild lead poisoning can have a permanent impact on attention and IQ.”[vii]  Children are especially suceptible to numerous household chemicals and drugs.[viii]

Another extremely common cause of toxic exposure is mold.[ix]  “The toxicity of mold products in humans is best documented in situations involving ingestion of moldy foods, direct skin contact with concentrated toxins, and inhalation of molds at very high concentrations. In recent years, there have been numerous reports in both the medical literature and the popular media that indoor exposure to fungi or fungal toxins has caused significant disease or death in the occupants of water damaged homes or workplaces. These locations had significant (generally visible) fungal growth and odors, typically reported as from the “black mold,” Stachybotrys chartarum.”[x]  Although possible toxic mold exposure rarely causes fatal or catastrophic injuries.

One of the most famous toxic exposure events due to airborne bacteriological contamination occurred in 1976 resulting in the acute illness of some 180 people who attended an American Legion convention in Philadelphia in 1976 and since that time has been referred to as Legionnaires disease.[xi]  Probably the best-known and worst example of toxic torts occurred in Bhopal India in 1984 and is know known as the Bhopal disaster.  The incident was the result of an industrial catastrophe that took place at a pesticide plant owned and operated by Union Carbide on December 3, 1984. “The plant released methyl isocyanate (MIC) gas and other toxins, resulting in the exposure of over 500,000 people.”[xii]  Estimates vary on the death toll. The official immediate death toll was 2,259 and the government confirmed a total of 3787 deaths related to the gas release.[xiii]

In any type of toxic tort case it is extremely important to retain attorneys who have an excellent knowledge of both the law, science and medicine related to your case.  At Rouleau- Law we have a thorough knowledge of the various scientific, medical and legal principles which are crucial to success in these types of cases.  We have provided lectures to legal professionals on the evaluation and building a victorious case involving toxic torts.  We have worked with some of the very best scientific and medical experts in the fields related to these cases.

If you or some you know has suffered a catastrophic or life-shattering injury or death as a result of exposure to toxic chemicals we will thoroughly review, analyze and prepare your case.

[viii] A. Koushanfar, A Study Of Accidental Children Poisoning, Table 1 “Most common causes for children poisoning, their symptoms and outcome” http://www.ams.ac.ir/aim/0031/koushanfar0031T1.html 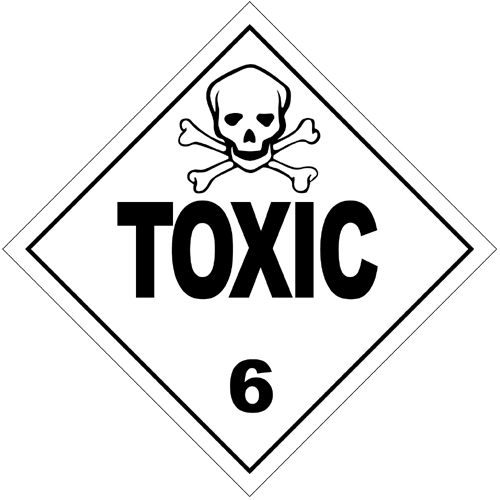